Jamie Campbell.  I’m based out of Kansas City, but am originally from Oklahoma.

This screenplay has had a long journey.  It’s inspired by true events.  When I was 12 years old, my mother was in the middle of a hopeless custody battle. She took my siblings and me on the run. We hid out from the police for six months, living under assumed names before a private investigator found us.  I turned the story into a one-man show that I toured all over the United States. This screenplay isn’t THAT story, but it borrows heavily from those real life events.

I’m still learning. I work best with deadlines, so even if I’m just writing on my own, I give myself a structured schedule. Getting regular feedback is important.  I also try to set aside time every day to write, no matter what else is going on in my life.  Some days I write for hours.  Sometimes, I only manage a few minutes.

Our stories are what connect us. A film is a shared experience for everyone that watches it.  People all over the world who will never meet get to experience the same story.  I think that’s pretty special.

I love Aaron Sorkin’s dialogue. Anything Adam McKay works on.  When I was younger, I was really into films that left you with feeling of despair in the pit of your stomach – like a lot of Kubrick’s work can do.  Maybe it was teen angst, but if a movie made me feel hopeless, I loved it. The older I get, the more I love seeing films that make me feel the opposite.  I want hope. I want to feel inspired. I want to feel good.

Yeah. Back to the Future.  It was my favorite film as a kid, and as an adult, it’s comfort food.  Every time I watch it, I feel like I’m ten years old again.

I guess it’s tv – not cinema – but, there is a scene from Breaking Bad when Walter White kills his rival, Gus Fring. Right before Gus dies, he walks out of a room where a bomb went off. Half of his face is perfectly intact. As a viewer, you wonder if he’s going to survive.  Then the camera pans and shows you the other half of his face.  It’s obliterated. But, he’s still standing there, straightening his tie. This guy has been destroyed, but he’s such a bad guy that part of you thinks he might survive. I doubt that’s necessarily my favorite moment, but it’s the first thing that came to mind.

Santa Claus.  Picking a favorite is hard. I might say something different tomorrow, but today, it’s Santa.  The character has been portrayed so many different ways, but they’re all essentially the same.  I will watch any movie where Santa is the main character. Even if the movie’s terrible, I know I’m going to walk away feeling good. I’m still a kid at heart.

I think I’d like to talk to someone from the future.  Just an average, ordinary citizen, from, maybe 1,000 years down the line.  I’d like to ask them if humanity finally got it together and started taking care of each other.

Mary Ruth Clarke.  I’m from a lot of places up and down the east coast, but I’ve been in Chicago for quite a while. I came thinking I’d stay a year and that was 3 decades ago.

This is a strange little tale.  In 2007, my writing partner (we wrote and shot the film the original Meet The Parents, which we then were hired to adapt into what became the blockbuster Robert Deniro and Ben Stiller movie)…we wrote a stage farce called Suffer The Long Night.  It had 3 successful productions and we should have been better about marketing it, but we moved on to other projects.

And then in around 2015, The Play That Goes Wrong came out and was an international touring production, so lots of people saw it.  Believe me when I say this – it’s the same play, only supersized.  A much more expensive production but the plays have the same gags, same set up, some of the same lines!  No, I don’t think this English company flew across the pond and spied on our productions and cribbed it – I think it was a matter of great minds thinking alike.

At any rate, we realized we couldn’t put it out there because of course WE would be the ones accused of plagiarizing, even thought we wrote Suffer several years before theirs came out.

But I hated to let it go, and I got to thinking about a teleplay about community theater, and thus I incorporated Suffer The Long Night as the play the theater is producing in the pilot episode.

And then of course I had to build the community of the community theater and that was great fun. Building it around a newly minted MFA student with a chip on her shoulder seemed about right:  Insert a young professional into a group of amateurs and give her an education she didn’t expect.

After abandoning many projects because I couldn’t make them go past the first 30 pages, I had to put myself through a structure boot camp and learn how to tell a story.  (I was a professional actor for a long time, so I was great at dialog and character, but I didn’t know how to tell a story.)

So for me, it’s getting in the thinking chair and banging out a premise, thinking deep about who would best serve that premise, and then finding the structure of the story.  Bones first, fun stuff later.

I never break pages until I know what that hard decision, that crisis decision, the Main has to make at what I call the second Turning Point.  The break into three point.  I need something to write towards.  It may change, but I’ve got to have that as a guide.

And then after I get all those structure ducks in a row, I can have fun and write pages and do all the character and dialog stuff and crack myself up.  But I’ve got to do the upfront work, or I’ll get discouraged and give up and start having those abandoned children dreams.

I fell into it accidentally by finding myself in theater companies that created their own material, sitting around the table, cracking each other up.  It never occurred to me I was a writer, it took a long time for me to come around to that idea, and honestly, it suits my introvert temperament more.  But I sure didn’t know that at the time.

I just love creating worlds and shoving characters around – or rather, they shove me around.  It’s alchemy.  Sometimes writing is painful as hell, but it’s alchemy.

I’m all over the map.  I heard a wonderful interview with Spike Lee today and I so admire that guy because he creates his own reality and doesn’t let anyone get in his way.

Oh, always.  Right now I’m deep into a Korean prison dramedy called Prison Break, because I needed to get a sense of prison life, since I’m writing a sit com about correctional officers.  I can’t believe the quality of the writing – it’s so wonderful.  It’s a Netflix original, but I guess a Korean structure: 16 one-and-a-half-hour episodes. So essentially 16 movies.  And they rise to the occasion.

The Golden Girls is another obsession.  Until this week, when sadly she passed, my dear mom has been in an Alzheimer’s Unit.  We would love to tune into The Girls after breakfast, in a lounge area with a lot of foot traffic – aides, nurses, laundry folks, and residents passing through.  Every color of the rainbow, from all over the world, every age, mostly women but some men. And most of them would see The Girls and stop short and tell us who their favorite girl was, or a memory about how they loved watching the girls with their aunt or mother.

It really drove home the power and appeal of something as seemingly lightweight as a sit com, even years and years after it stopped being produced.

The technicolor when Dorothy opens the house door after she lands in Oz.

Maude, played by Ruth Gordon, in Harold and Maude.  Later in the film, when that old adventurous cutie exposes her arm and we see the etched concentration camp number, it gave the story an unexpected potency.  It wasn’t just a light and fluffy story anymore. And no explanation was necessary – just that powerful, tragic visual.  Oooof.

Al Capone.  And I’d ask him if there had ever been anything in that damn vault, and if so, what the heck was it and where’d he stash it?!

Why?  Because in the late 80s or early 90s, a friend dragged me to a huge bathtub gin prohibition party at the Chicago Hyatt in honor of Geraldo Rivera opening the vault on live TV that night. There was a lottery you were automatically entered into with the entrance fee, and the winner got to pick someone and get whisked in a limo down to the southside to that vault to watch the great opening in person, as the world watched with baited breath on live TV.  Some guy won and picked me because he said I was the biggest fish out of water at the party (I was Goth before it was a thing.)  I was fairly snookered and all I can remember is praying I wouldn’t tumble down the wobbly wooden steps to the basement with the cameras rolling,  the incredible thickness of Geraldo’s orange foundation make up close, and the fact there wasn’t a thing in that damn vault! And I wanna know why, Al?!? 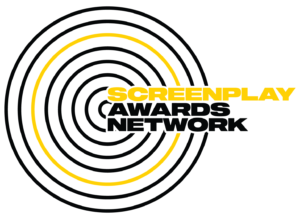