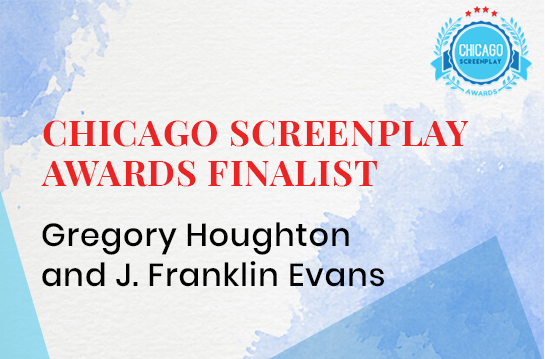 My name is Gregory Houghton, and I am Southern California native (mostly)! My father was a big Beach Boys fan and moved the family from Missouri to California when I was just two.

Given that all my relatives (uncles, aunts, cousins, ancestors) all live in (or originate from) Missouri, I have quite an understanding of the Midwest. A buddy of mine (producer, with a similar background) and I were chatting over a beer, and the idea of Trailer Park Alli was born—inspired by persons we knew in our own genetic lineage.

When I’m hit with an idea, I try to see it in a logline in my head. When I do that, my instincts start to kick in, and I start mapping key points in my head that will make it genre, and non-derivative. I then hit up the 2-3 people I go to to ask “Is this an idea? Does it suck, or should I consider it?” If they give me a thumbs up, I then start an actual ‘story map’ within my software; making sure every possible element has been meticulously thought through and pinned in its place.

I then write for 8-10 hours a day – lots of pacing, lots of snacking, lots of deleting, lots of repeating things in my head, lots of smiling and laughing out loud—until I’m done.

I also rewrite as I write. Some people do ‘barf drafts’, and mine are too I guess, with the exception that I stop every twenty pages and reread, and rewrite accordingly. My thinking is—like baking a cake—I don’t want to pull the finished cake out of the oven to find out I added too much salt. I like to know where my cake is it every step along the way—tasting it over and over before it’s done.

Movies made me want to become a screenwriter. Wanting to understand how the things I’m seeing—that have a ten-year-old me mesmerized for two hours—are made. When I learned the films are first written, it was GAME ON.

That’s like asking a parent “Who’s your favorite child?” I have many influences that have grown with me, and new ones popping up all the time. Growing up it was Spielberg, Lucas, John Hughs. College it was Allen, Scorsese, Cameron, Mann, Fincher, and some Lynch. Now, there’s so many beautifully creative, talented filmmakers (especially in TV, like the Duplass Brothers).

When they put sound to movie pictures.

If I could talk to anyone from any era…it would be Martin Gore of Depeche Mode. I would ask him if I could have free, lifetime rights to use his music in my films, and if I can write the biopic of his life.

Franklin Evans, born and raised in Georgia (USA state). I am politically progressive and spent most of my life in the Deep South, which I know impacts my writing. I’m currently living in Northern California, having moved here from the Atlanta area a couple of years ago..

A couple of years after I moved to Savannah, in the early 1990s, there was an unusual snowstorm. It had been years since the city had experienced more than a trace, but this was a couple of inches. Nothing spectacular, and nothing like what happens in the script, but the sheer strangeness of a snowfall like that in the Deep South started the wheels to turning. And Savannah is fertile ground for strange, dark tales anyway. I’ve made several attempts over the years to write this story but I didn’t like anything I came up with, until recently.

I start with an ending that I like, and then develop the story leading to that ending to give it meaning and impact. I usually create a partial outline, then start writing the first draft when I can see where the rest of the road is going. And I remind myself that nobody is going to see a first draft but me, so I feel free to let it be poorly-written and full of mistakes and strange plot mishaps, because I’ll fix it in a later draft. That is extremely important to me.

I grew up isolated, living way out in the sticks, so when I was a kid I made up stories to keep myself entertained. I fell in love with TV and movies as I grew up, and decided that screenplays are a perfect medium for the stories I want to tell. I can’t not write, and my natural inclination is to write a story as a screenplay.

Alien. I’ve been obsessed with that movie since I first saw it in the theater, in 1979. I’m still obsessed with it to this day. I still have nightmares about it.

The La Marseilles scene in Casablanca. So powerful. Perfection.

Boromir, from The Lord of the Rings. He’s my favorite in the books and in the movies. He dies fairly early in the story but his presence can be felt all the way until the very end.